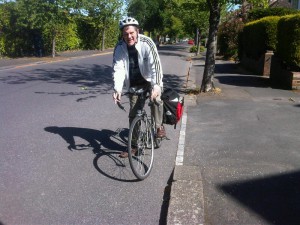 At the Sutton Council meeting on 9 May Councillor Richard Clifton made an impassioned speech about the desperate plight of those who borrow money from loan sharks. He cited cases he had found of people being charged 1 737% for loans, on a day when the Bank of England Base Rate stood at 0.5%.

He called for legal controls on the maximum amount that could be charged for credit. Here is the full text of his speech, contributing to discussion of a motion welcoming the work of the Savers’ Credit Union:

“There are two themes to this motion. First, ensuring those who, for whatever reason, need access to affordable credit can obtain affordable credit, and the motion rightly commends to us the work of the Savers’ Credit Union in achieving this goal.

The second theme is the flip side. It is a much darker theme, and concerns protecting and helping vulnerable people who, perhaps because of the desperate circumstances they find themselves in, take out loans offered at crazy rates of interest by loan sharks, people who offer unsecured loans at high rates of interest to individuals, sometimes enforcing repayment by blackmail or threats of violence.

So can I draw Council’s attention, in particular, to the sentence in the motion:

I know the problem is not just the level of the interest rate:

* it is the way people are targeted, and

* the way re-payment is enforced.

But it is salutary that I looked last week at some websites, found by just typing “loans” into a few search engines. Websites are the top end of the market compared to what is sadly typical, a man touring our social housing estates with a bunch of used fivers in one pocket and a vaguely worded contract in the other.

The websites I found had top banners reading “GET THE CASH YOU NEED TODAY”, and “YOU COULD HAVE £1000 IN YOUR ACCOUNT TODAY”. But if you go on clicking you find the truth.

The DirectGov website quotes examples of over 8 000 %, being charged to people who “GET THE CASH THEY NEED TODAY”  because they are already desperate, before they have to face the consequences of taking out these loans. Once they have have taken out loans at these rates of interest they never escape from the spiral of debt

I see no reason why some upper limit could not be set by law and enforced.

I ask you to support the motion.”