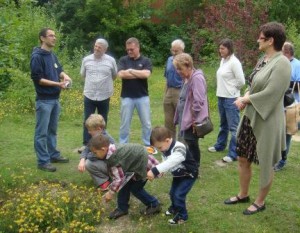 Sutton has been rated the best place in London to bring up children.

An analysis of factors including crime rates, earnings, house prices and access to good schools revealed the London borough as the top location in the capital for young families to set up home.
It was the only place in London to make the top 20 of best places to live in England and Wales, according to the study compiled by children’s savings provider Family Investments.

Researchers looked at more than 60 indicators – both positive and negative – in 2,400 postcode areas in England and Wales to draw up the list of “family-friendly hotspots”.

Sutton, which has over 1,500 acres of parks and open spaces, topped the London list ahead of Redbridge and Teddington.

The average value of a two-bedroom property in Sutton was found to be £190,582, higher than the £167,659 national average, but “affordable” by London standards – enabling families to get on the housing ladder.

The schools in the borough are some of the highest achieving in the UK, with Sutton’s primaries recently achieving the third highest SATS results in the country.

Sutton is also the borough with the highest percentage of employed residents in the capital. According to the Office for National Statistics, 78 per cent of Sutton’s working-age population has a job.

Quantity and quality of early years care, along with access to green spaces and parks, local leisure centres, museums and theatres, were also considered.

These are really interesting results and show how Sutton is a good place to live.

As local Councillors, we are delighted but not surprised our Borough has topped the league. We’ve got some of the best schools in the UK , it’s a very safe area and we’re one of the greenest parts of London – and there’s a real community here which makes it a great place to live and grow up.

The research was conducted by Calnea Analytics in July for the Family Friendly Hotspots Report.

To see the report, go to: www.familyinvestments.co.uk/hotspots