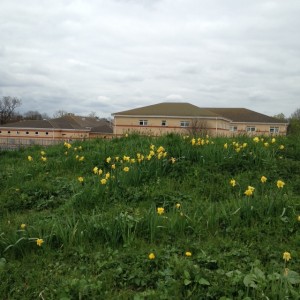 Every borough in London is struggling to keep place with the increasing demand for school places. Sutton has done well to cope with the increased demand for primary school places. The bulge is now working its way through to secondary schools. Hence the need for Overton Grange school (the only secondary school in our Ward) to expand, and the need for a new school.

Sutton is doing well. It has the third-highest first-preference rate for secondary school places in London, with almost 80 per cent of local families receiving their first choice of school for their child – well above the London average of 68.52 per cent.

Sutton has once again achieved one of the best rates overall, with the percentage of families receiving one of their top-three preferences increasing to 94.5 per cent – up 1.5 per cent from 2015 and almost six percentage points above the London average of 88.64 per cent.

Parents in the borough have been told which secondary schools have made offers of places for their children for the September 2016 intake.

In September, these children will start at our secondary schools, officially ranked as being among the best in England for teaching and exam results. In 2015, the proportion of Sutton students scoring 5 or more A* to C grades including English and Maths was 76.9 per cent, well above the 2014 national average of 53.4 per cent. Across the borough, 83.5 per cent of pupils achieved five or more GCSEs.

Almost two-thirds (65.1 per cent) of students across the borough achieved the highest A-Level A*, A and B grades in 2015 and the percentage of Sutton students achieving an A-Level pass grade (A* to E) increased to 99.7 per cent from 98.5 per cent in 2014. This was well above the UK average.