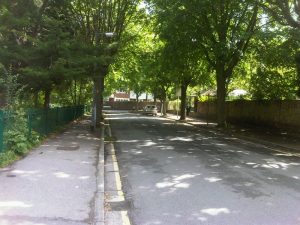 The concern of Sutton Council to protect the green and pleasant environment in our Ward has again been demonstrated in Cavendish Road, though the threat to sensible and informed local decision taking from the remote Planning Inspectorate, based in Bristol, remains.

A planning application was submitted for the buildings at 7-9 Cavendish Road, previously a care home, for demolition of the buildings and erection of a three storey block of flats, with roof accommodation, comprising 16 flats (three 1-bedroomed, seven 2-bedroomed and six 3-bedroomed), 9 car parking spaces, secure cycle parking, provision of a refuse store, with access to the rear.

The Council also turned the application down because it considered that at least some affordable housing ought to be provided as part of an acceptable development on this site and, as such, the proposal would cause significant harm to the promotion of mixed and balanced communities.

An earlier application was also turned down but is now the subject of an appeal to the Planning Inspectorate. This is a threat we cannot control. We will let residents know the outcome and if further applications are made.

A proposal for a house extension in Downside Road was also rejected as it would close the visual gap between houses, causing harm to the spacious and open character of the road and result in a visual terracing impact on the street scene.