Remembrance Sunday, November the 11th, was memorable. Trish attended the service at Belmont, Richard was called in at short notice to play the Last Post at the Remembrance Sunday event at the war memorial in Manor Park. The previous day he had played trumpet for the Phoenix Concert Band at a Remembrance event at St Barnabas church, locally. They played all the usual pieces such as Nimrod and Abide With Me.

The trumpet section at St Barnabas

The day was also remarkable for the heavy rain. Richard spent the afternoon unblocking drains to eliminate the flooding in Grange Vale and Cedar Road. 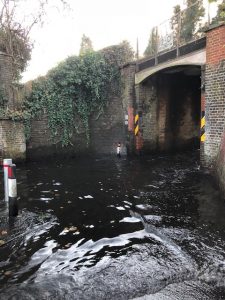 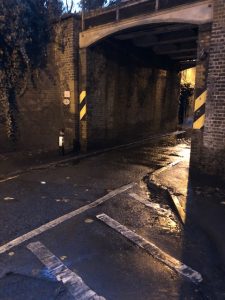 Grange Vale after Richard had unblocked the drains 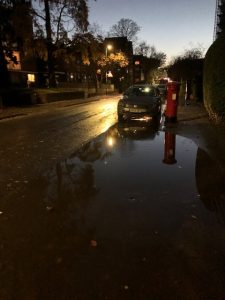 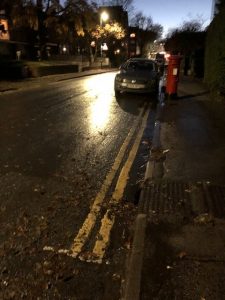 Cedar Road after Richard had unblocked the drain