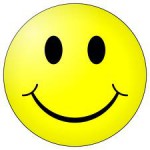 Trish and Richard were delighted at the strong showing for the Liberal Democrats in the elections for the European Parliament. The results for Sutton showed the Liberal Democrats polled 18 706 votes, ahead of the Brexit Party which polled 17 307. The Tories polled just 4 863 votes.
Those present at the count told us that the indications were that in Sutton South we won about the same share of the vote, or even did a little better, as in Sutton as a whole.
Trish and Richard are delighted at this result.
Richard, who joined the LibDems when the Social Democratic Party merged with the old Liberal Party in the 1980s,  said he was delighted by the result.