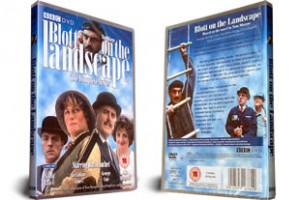 Sutherland House,  at the heart of Sutton South, is a “blot on the landscape” said Councillor Heather Honour addressing the Development Control Committee on Wednesday 2nd March, a view repeated by Councillor Clifton when he spoke to the Committee on 8 June.

There is now a section 106 agreement in place, which we have helped to draw up, so that any developer will be required to make a contribution to the welfare of the local population.  The Development Control Committee considered, on 8 June, minor changes to the conditions attached to the development proposal. We still have no timetable for the development.

Key points we have made are that residents continue to raise concern about the state of Sutherland House and its continuing deterioration now that it is unoccupied.  In addition to the large number of windows that are boarded up, the retail premises, previously occupied by an estate agent, are now also boarded up, adding to the general dilapidation of the area. This presents anyone entering Sutton from the South with an unpleasant and off putting view .

Some residents remain concerned about the proposals that have been agreed.  However, in the interests of the area as a whole, we need development to go forward, to improve the appearance of the building and as an occupied building will mean that the office workers and residents are spending money in local shops and restaurants, making the economy of South Sutton more vibrant. But we must register concern at the current state of the building and have sought to require the owners to improve the external view, e.g. more attractive boards surrounding the building.

In speaking to the Committee on 2 March Heather reminded the Committee of the concerns raised by residents of Grosvenor Court and Forest Dene. Heather said that the current state of the building was a disgrace. Windows were smashed and boarded up.  The doorways were refuges for drinkers and smokers and full of litter.  The space below the iron railings on Cedar Road was a rubbish tip and a health hazard containing unsightly and unhealthy waste from fast food outlets.   And the building had been host to a cannabis factory, or even a plantation given the huge amount of the weed grown there.

Although unable to revisit the details of the planning application, Councillor Honour  pointed out that the car parking, consisting of 62 bays was inadequete for the proposed 96 flats and 70 bedroomed hotel.  There were already serious parking issues at nearby Sutton Court and this would only exacerbate the situation.

Road safety was already an issue at the junction of Cedar Road and Brighton Road and many of the residents  at Forest Dene feared to cross the road there.  The proposed entry to the lower cark park would worsen the situation and Councillor Honour advocated using Wellesley Road for the entry to the car park.

She also drew attention to the fact that the original planning application had said that the hotel would be commissioned from Hilton Hotels on behalf of the Hampton brand.  The latest information was that  the hotel was likely to be either the  Premier Inn or Travelodge chain.  Would their branding conflict with the approved design of the hotel?

Highlighting the fact that most of Sutton South was now a mixture of private flats and social housing and that there was insufficient open space in the area, she said that 50 per cent of children did not have access to a garden and she asked that under the new Community Infrastructure Levy the developer be asked to improve the Devonshire Nature Area and contribute to more open space for the surrounding community.

Our latest information is that the development is not likely to follow the current planning permission but will be a much more limited development, reflecting the current economic circumstamces.

One thought on “SUTHERLAND HOUSE “A BLOT ON THE LANDSCAPE””