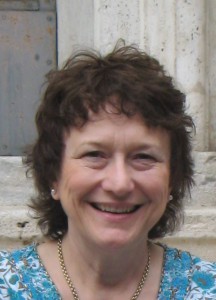 Heather is playing a major role on a newly-created committee probing the massive hole in NHS Croydon’s finances. She is determined to find out what mistakes were made, who was at fault and what impact it will have on future healthcare in south west London.

The South West London Joint Health Overview and Scrutiny Committee on NHS Croydon finances met for the first time on 6 September and set itself the task of answering three crucial questions.

First, how was it that on 8 June 2011 the year’s accounts were signed off with a £5.54million surplus, yet when the same books were re-examined a year later they revealed a £22.7million overspend?

Second, why were officers – charged with managing a huge and vital job – not properly monitored, and were they given the right tools to do the job?

And, third, why in July 2012 did the South West London Cluster Board decide to try to cover up the huge deficit as a ‘prior period adjustment’?

Heather, one of two Sutton councillors sitting on the committee, said: “It is vital that we reach the bottom of this and that we do that quickly.

“If this is the sort of financial mismanagement we see from NHS bosses how can we be sure that the NHS BSBV team, which is after all proposing a multi-million pound plan which would close vital parts of St Helier Hospital, be able to run such a huge scheme successfully? Their track record is simply dreadful.”

Some observers believe the problems started in April 2010 when NHS Croydon was given the added responsibility of hosting London Specialised Commissioning Group. It is thought that running the £800million project may have stretched the resources of officers beyond their ability to cope.

The committee, which is comprised of councillors from Sutton, Richmond, Croydon, Merton, Wandsworth and Kingston, meet again on 24 September. It will call a number of witnesses including Ann Radmore, Chief Executive of NHS South West London.

Ms Radmore was appointed Sector Chief Executive for South West London in 2009 and led the establishment of the SWL Cluster in early 2010.

Another witness will be Dr Peter Brambleby, who was Croydon’s Director of Public Health from March 2010 to February 2012. On 6 July he blew the whistle on NHS London’s decision on 28 June to try to hide the deficit as a ‘prior period adjustment’ which, despite Dr Brambleby’s revelation, the South West London Cluster tried to repeat on 26 July.

Heather added: “Key personnel involved in the Better Service Better Value team planning the future of healthcare in south west London are involved in this Croydon mess. What confidence can we have in their plans for St Helier?”