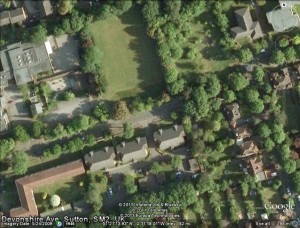 On 18 February Richard and Trish attended the launch event for the consultation exercise on the new local plan for Sutton, held in the Europa Gallery in Sutton’s central library. They were both members of the small task group that drafted the main document being consulted on.

The plan aims to preserve the green, suburban feel of Sutton which our residents so like, with our many street trees, while meeting the aspiration to have enough homes in Sutton for our children to grow up here. In planning for new homes, there will be an emphasis on preserving the more suburban areas of the borough, and insisting on good quality design.

The plan takes account of the need to meet the increasing number of children the Borough has to find school places for, while not compromising on the excellent standard of Sutton schools. The plan looks at transport links, and preserves the route of the proposed Tramlink, for which we are seeking funding. The plan is being consulted on and we hope many residents will respond. Following the consultation, further documents will be prepared later in the year, and there will be further consultation. The weblink address to respond to the consultation is