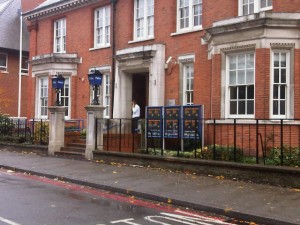 Trish and Richard attended the Ward police consultative committee meeting on 10 January. The police again reported that crime in our area remains low.

The police had executed a number of drug searches in the last quarter, which they felt had had a positive impact. Priorities continue to include drugs, looking out for rough sleepers in stairwells of blocks of flats, anti-social behaviour at bus stops, speeding checks and aggressive begging around Sutton station.

The police consultative panel next meets at Christchurch hall in Christchurch Park on 9 May. This is a public meeting. See if you can come.

There were several “Speedwatch” events in the last quarter, some involving students from Overton Grange school, using a speed gun to catch and warn speeding motorists. 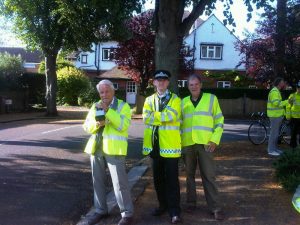 Richard at an earlier Speedwatch event in The Ridgway