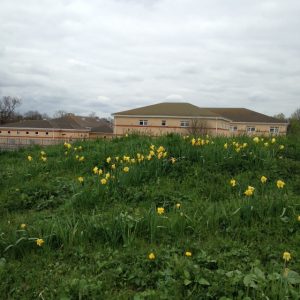 One of our concerns as Councillors is to maintain the pleasant, green, suburban feel of our area. Recently there have been a number of planning applications for sites in our Ward, including in Cavendish Road, Langley Park Road and Downside Road, that the Council’s planning officers have, rightly, turned down.

These have included proposals for house extensions that would close the visual gap between houses, causing harm to the spacious and open character of most of the roads in our Ward, and proposals for blocks of flats whose height, bulk, mass and design would constitute an unsympathetic form of development and have a detrimental impact on the character and appearance of the area. Applications have also been turned down where at least some affordable housing ought to be provided, to promote mixed and balanced communities.

We are concerned that developments should relate sympathetically to the street scene and the local area. We have also objected to the way the Planning Inspectorate in Bristol sometimes over-rules democratic local decisions, leading to inappropriate development.

A post below describes the concerns in Cavendish Road. In Langley Park Road a proposal for a block of flats was turned down because the proposed development would result in an incongruous layout and unduly prominent development, excessive in scale, bulk and width, with an overly dominant parking area to the front out of keeping with the existing development pattern in the locality, thus detrimental to the character and appearance of the area and the street scene. It would by virtue of its siting and height result in an unacceptable impact on the outlook of the neighbouring occupiers, and would be detrimental to the health of significant trees affected by the development.

In Downside Road a proposal for erection of a two storey side/rear extension was turned down by the Council. The grounds were: