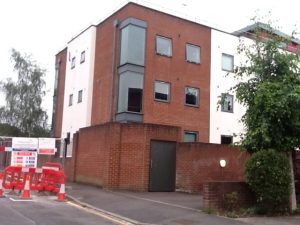 We have said that one of our objectives is to protect the Ward from inappropriate development.

At Sutton Council’s Planning Committee on 6 June Richard spoke in support of two residents from Allon Court in Eaton Road in a bid to overturn a recommendation from officers to permit the erection of a further storey on the roof of the block of flats, though the block is occupied and this would have been disruptive to residents. The developer wanted to erect a penthouse on the flat roof of the building.

The higher building would also have blocked the light of residents in Cumnor Road.

After a wide ranging debate, Richard and the residents persuaded the Committee to reject the application. Sadly, this may not be the end of the story if the developer goes to appeal – see our story below.

At the next meeting of the Planning Committee, on 4 July, Richard again persuaded the Committee to reject an application officers had recommended they accept, this to extend a house in Mayfield Road, The Highfields Residents’ Association had raised objection.

Officers have rejected a plan to demolish a house at 87 The Ridgway and build a small estate. Richard and Trish campaigned against this proposal,