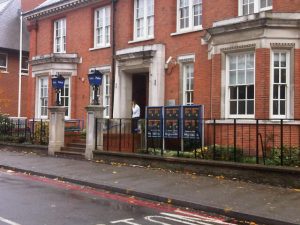 On 8 March we attended a meeting of the Police Consultative panel for the Ward. We continue to have no dedicated Ward office above the level of PCSO. Two police attended – our loyal PCSO Laura Jogoe and PC Adam Nawol, from Cheam Ward, also came.

As usual, the police SNTs are seriously undermanned.  Over the 4 wards, ie Sutton South, Cheam, Belmont and Sutton West, there are 1 sergeant, 5 PCs, of whom only 3 are “operational” and 3 PCSOs.  There are supposed to be 8 PCs, 2 per ward.  We were told that there is a PCSO recruitment campaign.  Great concern was expressed by all at the meeting and we agreed to write to MPs and the Mayor of London.The police reported that in the period December to March, there were 16 burglaries and 21 vehicle crimes in Sutton South Ward.  Common methods of entry included getting over a back gate and entering from the rear of the premises by breaking a door or window.  We were advised to link a burglar alarm to a call centre, rather than rely on a neighbour.  Car thefts were mainly opportunist, some people forgetting to lock their cars.  Drugs were not viewed as a big problem, incidents being very sporadic and tackled quickly, after which the drug sellers would move on to somewhere else.