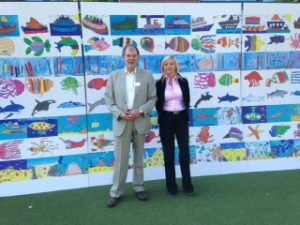 TRISH  says “I have lived in Sutton for over 30 years and my daughters Alexandra and Lauren were born in St. Helier hospital. 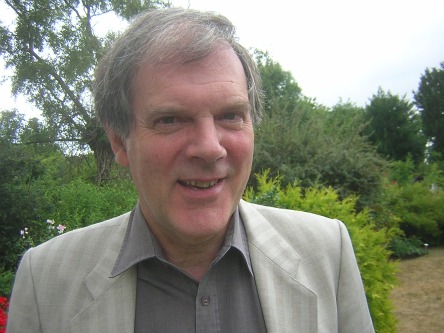 I was active in politics in the 1960’s, when I was President of the Union of Students at the University of Warwick. Those who have read the book “Warwick University Limited” by E.P. Thompson will know that at that time Warwick was a hotbed of radical ideas. I was for many years a member of the Labour Party but joined the SDP (Social Democratic Party) when it was formed in the 1980’s and, by that route, joined the Liberal Democrats when the former Liberal party merged with the SDP. The formation of the SDP came at a point when the Labour Party had moved sharply to the left and lost its internationalist outlook. Something similar happened to the Labour Party under the leadership of Corbyn. For those in the Labour Party looking for a progressive, social democratic alternative, the SDP never went away. It is still there merged in the Liberal Democrats. The LibDems are, today, the natural home for progressive social democrats.

I have been married to Gloria, who was a museum curator and Head of the Royal Observatory in Greenwich until she retired, for 50 years this year. Gloria is now a Curator Emeritus of the National Maritime Museum, and is continuing her research interests in the history of scientific instruments, on which she is an internationally recognised authority. Both of our children went to Devonshire Avenue primary school, in our Ward, and to a local State secondary school, Nonsuch. I am very proud of my daughters. Jane was a barrister, though sadly she died in June 2017 of a brain tumour, and Eleanor gives the community great service by working as a marketing and communications officer for a charity for the homeless in Birmingham (St. Basil’s). She also founded and was the first editor of a newspaper for the homeless (The Pavement, West Midlands), something she did as an unpaid volunteer.

Here is a picture of my elder daughter, Jane, at her wedding in 2010. Her husband Tetteh is a fellow barrister. His family come from Ghana though he was born in Northern Ireland. The group is Gloria, Tet, Jane, me, Tet’s mother Vin. The wedding took place in the Gladstone Library of the National Liberal Club. 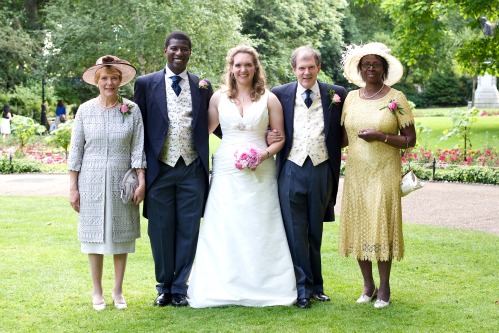 Here are Tet and Jane on 23 June 2015 in St Thomas’s hospital with my first grandchild, Ciaran, then aged one day. Sadly, Jane was diagnosed with a brain tumour in May 2016 and died in June 2017. I spend a lot of my time childminding Ciaran. Tet is now a senior barrister at the Crown Prosecution Service. 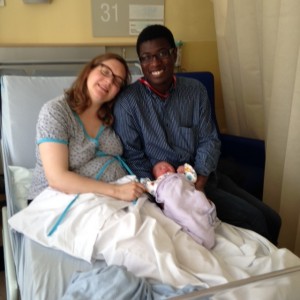 Here is a picture of my younger daughter, Ellie, at her wedding, the previous year. Her husband, Jeff, works in IT. They were married at the beautiful country church of St. Bartholomew, in Tardebigge, in Worcestershire . Ellie still lives in Birmngham. She has a daughter, my second grandchild, born in April 2017, and a son, my third grandchild, born in December 2021. 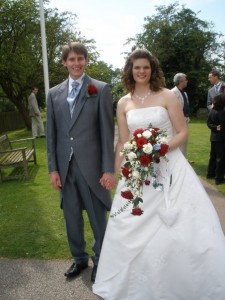 For much of my career I worked in public service and I was at one time the chair of the Board of the European Agency for Safety and Health at Work, based in Bilbao, in Spain. This is the principal European Union agency in this field. Given this experience, it was perhaps inevitable that when elected to Sutton Council I would be invited to be chair of the Sutton Joint Health and Safety Committee. My experience as chair of the board of a European Union Agency and, during my career, taking part in European Union Council of Ministers working group meetings negotiating Directives on subjects as diverse as genetic modification and the safety of machinery, made me a strong supporter of the European Union. Having a group of people from a number of different countries sitting round a table agreeing what is in effect an international standard is of immense value to the citizens of all these countries. I was disappointed at the decision to withdraw from the European Union. I was until April 2011 head of the binational (UK – France) safety organisation for the channel tunnel, established by international Treaty, but decided to retire from this role to concentrate on my activities as a Councillor. I still find time to play the trumpet in a Sutton-based concert band and some other local bands.”