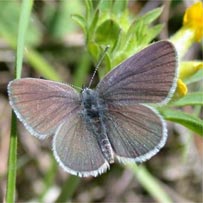 [ The entrance to the nature reserve in Devonshire Avenue, the only area of open space in Sutton South Ward ]

Liberal Democrat and Conservative Councillors in Sutton South united, on the evening of 27 January, to improve facilities for local children in the Ward.

Members of the South Sutton, Belmont and Cheam Local Committee agreed to the installation of a small, environmentally-friendly climbing frame for small children in the nature reserve in Devonshire Avenue.

Firty per-cent of children attending Devonshire Avenue primary school, next to the reserve, live in accommodation where they have no access to a garden for play. This piece of equipment will add to the fun of the local area, without, in the opinion of local Councillors, being of a size or on a scale that will have an unacceptable environmental impact on the nature reserve. The Headmaster of the school has indicated his support for this project.

Councillors have agreed to work with local environmentalists to encourage the proliferation of the small blue butterfly, sometimes found on the site.

“This is a good start to improving play facilities for children in Sutton South Ward” said Councillor Honour. “We really do need to take seriously the lack of open spaces in our Ward.”

Councillor Clifton added “Another good outcome from this discussion of the nature reserve is that both Councillor Honour and I will be examining whether there are ways of drawing on the enthusiasm of local gardeners to seek to improve the natural habitat of the small blue butterfly, which is sometimes found at the reserve.” 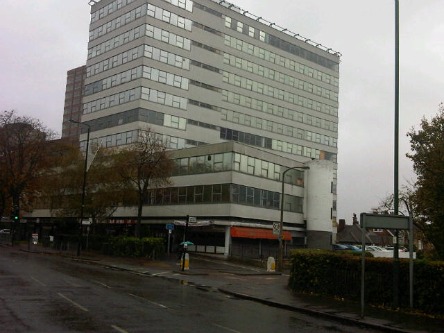 [ The corner of Cedar Road and Brighton Road, where drinkers sometimes congregate. This picture shows Sutherland House – it is hoped that the seat outside Sutherland House can be restored if the problems associated with public drinking in this area can be dealt with ]

Sutton Council has extended what is popularly called the “No Drinking” zone to our Ward.

Even before we were elected, we were aware of the concerns of local residents and the problems of anti-social behaviour associated with a group of what are sometimes called “all day drinkers”. These people often congregated at the Brighton Road / Cedar Road intersection.

Following a number of discussions that we, as Ward Councillors, had with the Council Executive member responsible for public order matters, Councillor Graham Tope, the Council has taken steps in a policy direction that we have advocated, to deal with the problem.

At present, the town centre in Sutton is a “Designated Public Place” – popularly called a “No Drinking” zone.  An effect is that the group of people who drink on the street for much of the day congregated just outside the zone, in particular at the street corner at the end of Cedar Road where it meets the Brighton Road. This is close to Forest Dene Court, a large block of flats for elderly people, some of whom have expressed to us their concern about this group of drinkers. Now, the Council has extended the zone to cover an area of Sutton South Ward.

The area covered is a square bordered by Cedar Road, Langley Park Road, Egmont Road and the Brighton Road. The police were able to provide evidence of anti-social behaviour associated with drinking to justify including this area in the zone. Now the zone is extended to this area, the police will monitor the effect. If the problem is simply displaced to a different area, consideration can be given to a further extension.

The legal effect of the Designated Public Places Order is that if someone is drinking alcohol in public in this area the police can ask them to stop. If they do not stop, they are guilty of an offence.

The designation of the Sutton South zone was subject to public consultation. Statutory notices were placed in newspapers and on relevant websites on 11 January. Representations could be made during the consultation period, which ended on 7 February. A second statutory notice was published. The order came into force on 15 March 2011.

As your local Councillors, we are delighted with these developments, which we have pressed for, with the Council. We have had the support of the local police and the Sutton South police consultative committee (whose activities are reported elsewhere on this website, on the page on police matters). As a result of this development the police will be able to spend less time dealing with the anti-social behaviour associated with public drinking and spend more time on their two other priorities for our Ward, car crime and drug dealing.

When the results of the new measures are clear, we hope it will then be possible to restore the seat outside Sutherland House, which was removed as it became associated with public order problems caused by this group of people.

Periods of cold weather and snow inevitably bring a rash of potholes in the roads throughout the Ward.

During the period of cold weather and snowfall, we were contacted by many people in the Ward seeking assistance.

The Council does not have the resources to clear or grit all the pavements in the Borough. After each fall of snow priority is given to pavements outside hospitals, GP surgeries and schools, and care homes. Responding to requests we made, the pavement outside Fiske Court (a large care home in Cavendish Road) was partly cleared, and Councillor Clifton himself cleared a further stretch of the pavement, in response to a request from a resident. It is worth noting that, if there is more snow before the winter ends, if people clear a path outside their own house it will dry off during the periods of thaw when the temperature gets above freezing, and this will leave the pavement clear of ice. Which is why we encourage people to do this.

The new grit bins in the Ward have been of value but were rapidly emptied. The gritting teams are continuing to fill them up but they are emptied again almost as soon as they are filled. Which, of course, means they are being used for their intended purpose. Most of the bins in the Ward were re-filled in the period immediately after Christmas.

Residents of Downside Road have commented to us that the new bin, installed at the request of Councilor Clifton, in the middle of the hill, outside number 31, has been of great value and helped them keep the road open during the snow. This supplements the bins at the top and bottom of the hill.

We are both enthusiastic supporters of the objective to make Sutton a cleaner and greener Borough. Car clubs have a role to play.

Car clubs form an important element in our local sustainable transport policies. The car club “Streetcar” has proven popular in Sutton since it was launched three years ago. It now has more than 800 members in Sutton and wishes to expand further with new bays and cars.

Click on this link to find out more about Streetcar.

We have supported the installation of an additional car club bay in Albion Road, in Sutton South Ward. This would involve a change of use in respect of a bay that is currently for “pay and display” parking, but which is not occupied for that purpose very often as there are enough other bays in the road. It was proposed that, subject to consultation, this bay would be reserved for a car club car that members of the club can use. The proposal is currently “on hold” due to issues concerned with Streetcar, but we hope it will be returned to in due course.